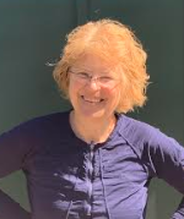 President
Cindy Smith, MD, MPH
Dr. Cindy Smith has lived in the Pacific Northwest for nearly 30 years but is originally from Cincinnati with Kentucky roots.  She graduated from Purdue University, and completed her medical degree at Wright State University. The North Cascades then exerted their gravitational pull leading to general and child psychiatry training and a master’s degree in public health at the University of Washington.
She has a special interest in suicide and self-injury prevention, is extensively trained in Dialectic Behavior Therapy and co-founded one of the earliest adolescent DBT programs in the country in 1995.  Since then, she has constantly trained and led DBT teams and worked with seriously self-harming and suicidal teens. Recently, she has been fired up by the tools the Zero Suicide Project has offered for working at organizational and community levels to prevent suicide.

Dr. Smith has worked for Trillium Family Services since 2003 and is the Regional Medical Director for their Children’s Farm Home and Mid-valley programs.  She loves working with interdisciplinary teams and teaching and believes that mostly we learn with a lot of deliberate practice. Trauma is the fault line upon which so much of psychiatric work rests and Dr. Smith continues to be keenly interested in both addressing trauma that clients and families have suffered as well as implementing models to address organizational and care-giver trauma including the Sanctuary Model.

Dr. Smith, her husband and two college-age children all love sci fi and chocolate.  Dr. Smith also loves hiking and cross-country skiing and believes poetry and psychotherapy are close cousins.  She aspires to someday have a poem published on a billboard or bus. 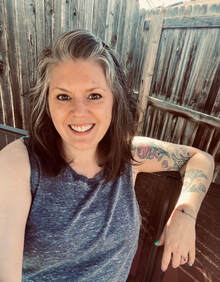 Dr. Eileen McCarty graduated from UC Santa Cruz (BA in Literature/Creative Writing from the fightin’ Banana Slugs), New York University (MA in Creative Writing/Poetry from the fightin’ Violets) and medical school at UC Irvine (MD from the fightin’ Anteaters). Despite these warlike school mascots, Dr. McCarty is not a huge fan of sports. With the exception of the Portland Thorns. (Please do not try to explain the concept of “offsides” to Dr. McCarty; she does not believe in it, unless it is called against the opposing team). Dr. McCarty considers her many (hundreds?) of years waiting tables to have been an excellent prerequisite for being a psychiatrist, and can still carry four full dinners at once if pressed into service. Dr. McCarty has interest and additional training in integrative psychiatry, and the role of nutrition in mental health. She considers it a personal mission to eradicate Takis from the face of the earth. Dr. McCarty has enjoyed advanced integrative psychiatry trainings with William Walsh PhD, Will VanderVeer MD, Janet Settle MD, and Scott Shannon MD. Lest you think she is merely a biomolecular geek, Dr. McCarty is very interested in psychotherapy (individual and family). She has trained in David Burns MD’s T.E.A.M. Cognitive Behavioral Therapy approach and enjoys bringing these highly effective techniques into her work with children, adolescents and adults. Dr. McCarty is also a fan of and believer in Collaborative Problem Solving (and has trained with Stuart Ablon PhD and Bruce Perry MD). She loves to work with families who are deep “in the struggle” of challenging behavioral and communication dynamics. She is also a big believer in and proponent of physical exercise as a treatment modality, and will try to coax unsuspecting tweens onto one of the two spin bikes in her office. Her dog, Pepsi (aka Dogtor McCarty) is a frequent guest on the Parry Center campus, and would like you to stop reading and throw the ball now, if you please. Dr. McCarty has worked as a psychiatrist in a variety of settings: the emergency room, inpatient (child/adolescent and adult), partial hospitalization (including with eating disordered adolescents and adults), outpatient, day treatment and residential care. Dr. McCarty is the 2019 President of the Oregon Council of Child and Adolescent Psychiatry. She was disappointed to learn this role comes with neither a crown nor a sceptre. 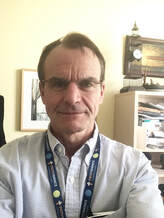 Dr. Ensroth is the Medical Director of Child & Adolescent Psychiatry at Providence Willamette Falls. A graduate of Michigan State Medical School, he completed his Residency & Fellowship at the Karl Menninger School of Psychiatry.
He has been a member of OCCAP since 2001, and is a past president of the Council (2012-2013).
​
Dr. Ensroth enjoys triathlons and music (he sings in a choir and plays the trombone!) and has been married to his wife Maryanne for 21 years. They have two sons, Alex & Nick. 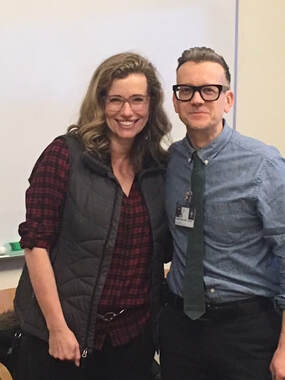 ​Dr. Stewart S. Newman was born and raised in Ohio, where he received his medical degree from The Ohio State University College of Medicine and Public Health in Columbus.  He spent the second two years of medical school training at The Cleveland Clinic.  Dr. Newman went on to the residency program in Adult Psychiatry, and the fellowship program in Child & Adolescent Psychiatry at the University of Michigan.  In June of 2006, Dr. Newman moved to Portland, Oregon, where he graduated from the fellowship program in Forensic Psychiatry at Oregon Health and Science University (OHSU).  A year later, Dr. Newman began working at Mind Matters, P.C.  In October of 2009, Dr. Newman became an owner of the company.

​Dr. Newman is a past President of the Oregon Council of Child & Adolescent Psychiatry, as well as an active staff member at OHSU, where he regularly teaches at the School of Medicine, School of Nursing, and as Adjunct Clinical Professor in the Department of Psychiatry. Dr. Newman is proud to have worked in collaboration with Jerry Gabay on a Suicide Prevention project that was awarded the Oregon Psychiatric Association's 2013 Access Award.  Dr. Newman is also a Fellow of the American Psychiatric Association.

Most of his patients know him best for his love of LEGO and Star Wars, and when not at the office, Dr. Newman loves spending time exploring the Pacific Northwest with his wife and daughter.

Dr. Franz is a board certified child & adolescent and adult psychiatrist who has worked in a variety of clinical and administrative leadership positions throughout Oregon.  He is currently Medical Director of Behavioral Health at PacificSource where he oversees all lines of business (2 CCOs, Medicare Advantage and Commercial) across three states.  In that role he has made significant progress toward developing sustainable reimbursement of high fidelity behavioral health – physical health integration in medical settings.  On Fridays, he works as a clinician providing psychiatric consultation to Intensive Youth Services at Deschutes County Behavioral Health, psychiatric consultation to Collaborative Care models at Central Oregon Pediatric Associates (COPA) and Mosaic Medical pediatrics, and direct psychiatric services via telemedicine to Symmetry Care, a community mental health program (CMHP) in Harney County (Burns, Oregon).  Dr. Franz is a past-president of the Oregon Council of Child & Adolescent Psychiatry and continues as an active member of its Executive Council.   In 2015 he was recognized as a Distinguished Fellow of the  American Academy of Child & Adolescent Psychiatry (AACAP) and a Fellow of the American Psychiatric Association (APA).  Dr. Franz lives in Bend, Oregon with his wife and two young daughters where they enjoy skiing, biking, hiking, backpacking, and playing in their backyard.

Dr. Jetmalani is a Professor of Psychiatry and Director of the Division of Child and Adolescent Psychiatry at OHSU.  After graduating from Willamette University in 1979, he completed medical education at OHSU in 1983, Adult Psychiatry training at UCSF in 1986 and Child Psychiatry Fellowship at the Yale Child Study Center in 1988.  He joined the OHSU faculty in 2007 as Director of Child and Adolescent Psychiatry Education after practicing in the Portland area since 1988 and in September of 2010 assumed the position of Director of the Division of Child and Adolescent Psychiatry at OHSU.  He brings a broad experience in treating children, adolescents and adults in outpatient, day treatment, group home, residential and hospital environments.  He has held numerous leadership positions in various health care environments and has served on a number of boards of nonprofit children's mental health programs.  He is a consultant to the Oregon Health Authority and DHS Child Welfare.  Over the years he has participated in the training of many of today's practicing child and adult psychiatrists.

​Dr. Jetmalani grew up in Salem where his father, Narain B. Jetmalani, M.D. was Director of Training and Research at the Oregon State Hospital from 1961-1975.Those early experiences shaped his interest in preventing mental illness and improving the lives of people who face the challenges of chronic mental illness.  Comprehensive biopsychosocial assessment combined with well integrated high quality psychotherapy and advances in neuroscience form the basis of his work with children and families, education of residents and public policy endeavors. ​ 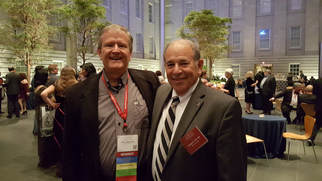 Kirk Wolfe, MD, FAACAP, FAPA serves as a child psychiatric consultant to several school districts and mental health agencies, advocates for Oregon youth and families with an emeritus position with the state's Children's System Advisory Council and Wraparound Committee, the Oregon Psychiatric Physician's Association executive committee, as a Board of Trustee for the Oregon Medical Association, as clinical assistant professor with OHSU and as Oregon's Advocacy Liason and Delegate to AACAP.

​He has served on the Oregon Council's executive committee since 2000, including his presidency in 2001-2 and as Oregon delegate to AACAP since 2002.  He was the Oregon Council's Child Psychiatrist of the Year in 2003, has been a Distinguished Fellow of AACAP since 2013, and has been a Fellow of the APA since 2011.  His youth suicide prevention efforts date back to the Governor's Task Force on Youth Suicide Prevention in 1996; was chairman of Oregon's first Youth Suicide Prevention Conference in 1997; was the physician representative with Oregon's original youth suicide prevention plan, The Oregon Plan for Youth Suicide Prevention: A Call to Action, published in 2000; was co-chairman of Oregon's first Oregon Children's Mental Health Conference in 2001; developed brochures for teachers, and parents of school-age and college students, designed to help recognize when youth are depressed and at risk for suicide; was awarded the state's Mental Health Award for Excellence in 2001 at the State Capitol for his work on youth suicide prevention, helped to develop the state's Youth Suicide Intervention and Prevention Plan published in 2016, and serves on the state's Suicide Prevention Alliance committee.  He was honored with YouthMove Oregon's Heart of the Healer award at the State Capitol in 2011.

Dr. Wolfe enjoys time with family and friends, and keeps healthy with skiing, golfing, jogging and biking in the Columbia Gorge, as well as international travel.

Naomi Fishman, MD is a child psychiatrist at Albertina Kerr Centers, where she has worked since 2016. Through her work, she is committed to helping kids and families thrive via a multi-disciplinary, team-based approach that supports families by drawing from a variety of therapeutic modalities. She obtained her undergraduate degree at Oberlin College and went on to receive her medical training at Oregon Health & Science University, including training in adult psychiatry and completing a fellowship in Child & Adolescent Psychiatry.  She served as chief fellow during her final year of training.  Dr. Fishman lives in Portland.  In her free time, she enjoys cooking, reading and traveling, preferably with friends and family.
Other members:
​
Ana Hilde - Early Career Representative
Orlando Ortiz- Fellow Representative